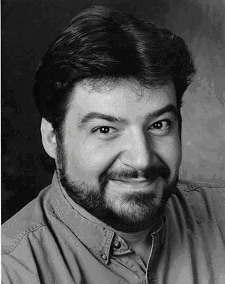 Fred Scheff joined Temple Shalom in 1995 as the Cantor and has led the congregation in music, both singing and teaching, since then. In his role as Cantor, Fred enjoys introducing the congregation to a variety of Jewish music, both ancient and modern, and strives to do so at every opportunity.
Fred’s Cantorial experience extends back to1970. He has filled the role of Cantor, both full and part-time, at Temple Habonim in Barrington, Lawrence Jewish Community Center in Lawrence, Kansas, and Temple Beth David in Narragansett. In addition to his Cantorial studies, Fred earned a Masters of Music and a Doctorate of Musical Arts (DMA) at Kansas University. He received his Bachelor of Music at Rhode Island College.
​
Fred’s passion for singing and music extends beyond the Temple and Cantorial arena. He performs regularly in and around Rhode Island and nationally, at last count completing 1600 performances of concerts, operas and oratorio.

When not singing, Fred continues his music teaching at the Music School of the Rhode Island Philharmonic. Fred also works for Ocean State Community Resources. Dr. Scheff currently serves as an adjunct faculty member at Rhode Island College. Fred grew up in North Kingstown. He now lives with his wife Carrie, who is also a musician, and two of their four children in North Providence, RI.